In stock
Gref
1070
£5.41
Fullex Upvc Split Spindle Pack for Fullex Door Handle and Door Locks is available to buy in increments of 1

This is a Fullex made split spindle pack. By using this set it allows the door to be opened from the outside by key holders only. Made by Fullex for the Fullex door lock system. Key only entry from outside.

(Must be the same part, colour & size to qualify) 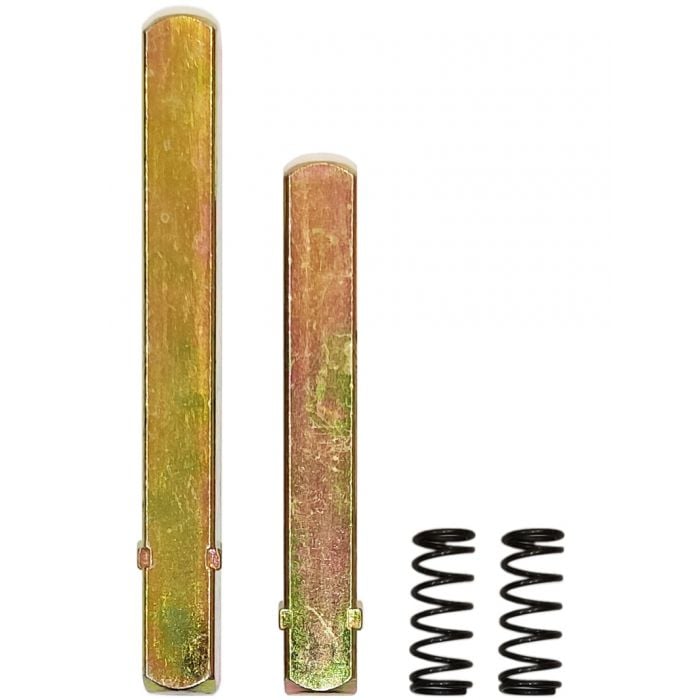 Skip to the beginning of the images gallery
Details

What You Will Receive:

This operation is particularly useful if you want to simply close the door behind you and be in another part of the house as you will be aware that the door can only be normally opened by someone whom has been given a key. Makes the door lock a key only entry system from outside when fitted to the relevant lock system.

However, it is worth noting that you need to remember not to leave the property without a key in your possession.

The pack comes with more parts than needed and also has a useful instruction sheet which must be read before operation as this will determine which side the latch is operated from.

Fitting tip: Spindles can be easily trimmed to length to suit the specific thickness of your door system or even a little packer put into the end of the handle to lengthen them.

How to know if your lock is a split spindle type: Remove your door handle by removing the handle screws from the inside of the door and have a look at the mechanism where the spindle passes through.

Take a good look into the centre of the existing spindle hole, you are looking for a split in the centre (the spindle square hole will look like it is in 2 parts. This split allows the inside and outside part of the spindle to move independently. If this is the case you will need a split spindle pack.

When fitting the spindle you may find that it works in the reverse of the operation required. I:E the latch operates from the outside but not from the inside. If this is the case you will need to make an adjustment on the mechanism to reverse the operation. These adjustments will vary depending on the multipoint lock mechanism manufacturer, the adjustments are made on the centre case of the mechanism. If you remove the lock and place it face down and look on the side you may see a slot to push a pin through from one side to the other or a latch to move up or down.

On some mechanisms you need to actually remove the latch (normally has a screw in the end) and underneath there may be a screw to reverse the operation. If you need to know how to make these adjustments you will likely find a helpful picture and instruction on either the relevant lock make or our blog on our website.

Note: If you notice that the split in the mechanism is wider to one side than the other (not centrally split) it is likely that you will need this Fullex spindle pack set, as this is built with one end (external side) allowing only a 4mm insertion in to the spindle hole whilst the opposite side (internal face) has a 8mm only insertion dimension.

If the split in the spindle is obviously equal (central) then you need our part reference 1793 (Winkhaus Upvc Split Spindle Pack Door Handle and Door Lock for Key Only Entry).